If your toilet tank fills more slowly than usual after a flush, then you might have a problem in your system. This is a common toilet problem that can have various causes. Why might this be happening?

After you flush your toilet, it should automatically fill its tank again. Your system has various valves to control incoming water and its levels. So, for example, you'll have a valve that opens to let water flow into the tank.

Sometimes, problems with this valve affect the volume of water that goes into the tank after a flush. If the valve isn't open enough, is broken, or is blocked, then its water flow will be reduced. Your tank might not refill to its normal level as fast as usual because not enough water is coming through the system.

Sometimes, your valve might work OK, but your water flow is affected by a problem in your supply pipe. For example, a leak in the pipe also reduces the flow of water into a tank. Or, if you have a problem with water pressure, then the pipe can't supply enough water to fill the tank as fast as it should.

Your toilet tank contains water level controls. These controls stop water from coming into the tank when it reaches a certain level. They stop the tank from overflowing.

However, sometimes, these levels can get stuck, develop a fault, or break. When this happens, they might shut off the water too soon or slow it down too much.

For example, if you have an older model of toilet with a float ball valve system, then the ball might stick in the wrong position. Here, the ball floats on top of the water in the tank. As water comes in, the ball rises. When it reaches its set level, it stops and closes the incoming water valve.

If the ball mechanism breaks or sticks, then water can't come into the tank as it should. If the mechanism's valve has a problem, then it will also shut down flow. For example, a blocked or damaged valve might not let enough water into the tank.

You can have the same problem with more modern systems that use fill valves to control levels. Again, if a valve isn't working right, then you might not get enough incoming water to fill the tank as quickly as normal.

If you can't work out why your toilet is so slow to fill, then call out plumbing repair services. 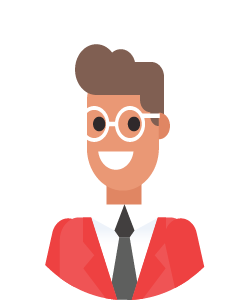 Have you ever heard the phrase "I plumb forgot?" It's an older phrase, but it is one that has us thinking. There is one person who you never want to plumb forget: your plumber. There is a lot a plumber has to remember. They need to remember which adhesive to use with which pipes. They need to remember how various types of faucets go together, and they need to know how to fix all sorts of leaks. Most plumbers don't forget these things, and for that, we are thankful. Read more about plumbers and their amazing work on this blog.

As a homeowner, it is frustrating to experience sl …

Every home depends on the main water line for a co …

Your gas supply system is one of the most importan …

Read More
Why Is Your Toilet Filling Slowly?
1 June 2022

If your toilet tank fills more slowly than usual a …

A toilet plays a vital role because it helps preve …